On May 9, 2021 around 4:45pm, emergency teams were notified of a drowning at the southeast side of Lodi Lake. The Lodi Police Department were the first to respond and attempt life-saving measures. Police Officers were relieved by an off-duty Doctor who later turned the boy over to Lodi Fire Department Personnel.

Emergency responders attempted to resuscitate the child until Paramedics arrived and transported him to Lodi Memorial Hospital. Additional measures were undertaken to revive the toddler, but authorities were notified that the boy did not make it.

Lodi Lake is a common rest and play area for residents of Lodi and surrounding areas, but the mud and waters can be very hazardous. Please keep an eye on your surroundings as more people are likely to visit in the coming weeks.

Additionally, as the waters heat up the chance of algae blooms increase, which are highly toxic to animals. Dogs have passed away in recent years from ingesting too much algae-filled water. Please, try to be aware of the hazards in your area to prevent further misfortunes. 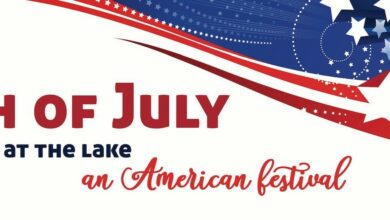 The Tradition Continues – 4th of July at Lodi Lake