David Diskin, Member of the Lodi Improvement Committee, has offered a reward for any video evidence that will lead to the perpetrators behind the anti-homeless bars on city benches.

During the April 21, 2021 Lodi’s City Council Meeting, numerous citizens commented on the anti-homeless bars which were illegally installed on city benches in a segment of the downtown area. To this day they can be found down school street in front of the United States Post Office and several small businesses.

One of those who spoke out against the bars was Lodi Improvement Committee Member David Diskin. During his passionate speech, he stated that Chief of Police Sierra Brucia has confirmed that there is no active investigation into the matter and no citations have been issued. Several Lodi Police Officers have deemed the act “Clean Vandalism,” though no definition has been provided for such a term. He then offered a $1000 reward to anyone who can provide clear video evidence that identifies who vandalized the city benches. Those who wish to reach out to Mr. Diskin can email him at: david@lodiunited.org. The identity of the whistleblower will be kept secret.

The City Council has previously stated that they are not involved in the project nor do they know who is behind it. City Manger Steve Schwabauer, Mayor Alan Nakanishi, Mayor Pro Tempore Mark Chandler, and Council Member Doug Kuehne had all declined to comment on the issue since it was a non-agenda item. Instead, they wanted to reserve their thoughts for the next Lodi City Council meeting on May 5, 2021 where the anti-homeless bars issue will be included on the agenda. The Grape Vine reached out to these four members of the City Council for a comment soon after the bars were discovered, but we have yet to receive a reply.

Council Member Shak Khan offered his thoughts on the issue during the same meeting. After the comments were read, Khan said the homeless are close to the City Council’s heart and they are working really hard to help them.

“We all care about them. They are our citizens. We want to help them.”

Council Member Khan offered additional comments when we reached out to him, stating for the record that the bars should be removed and an investigation should be opened. Moreover, the City Council has not directed the Lodi Police Department to arrest anyone who were to remove the bars — to his knowledge. However, on April 12th a citizen claimed they were threatened to be arrested when they attempted to remove the bars.

Listen to Council Members Khan and Hothi’s comments on the anti-homeless bars appearing on city benches at 1:10:15.

Council Member Mikey Hothi said he was a little surprised the bars haven’t been removed since they were not permitted, but inferred that he was not opposed to such structures:

“I think because this is an unpermitted alteration of city property we should look to remove these. And if it’s the case that we as a council as a city want to install benches with architecture that would prevent an individual from laying–other cities have done that, that’s not uncommon to do–but for somebody to just go on there own and alter city property, I don’t think that’s the way to do it. So for that reason I’d hope that we’d remove these bars.”

Once again, the next regular Lodi City Council meeting is scheduled for Wednesday May 5, 2021 at 7pm and will be streamed live from the Lodi City Hall Facebook page. The issue of the anti-homeless bars on Lodi’s city benches will be addressed during that meeting. Additionally, a $1000 reward is being offered by David Diskin to anyone who can provide video evidence which identifies the person who is responsible for the bar installation. 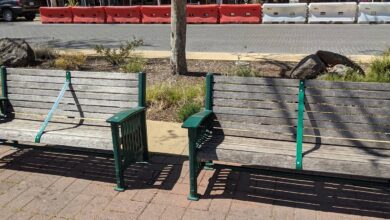 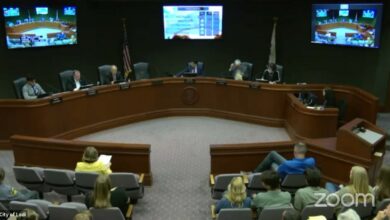 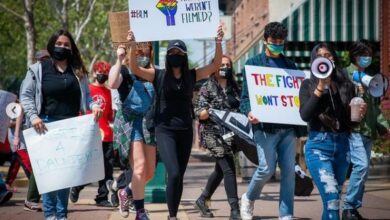 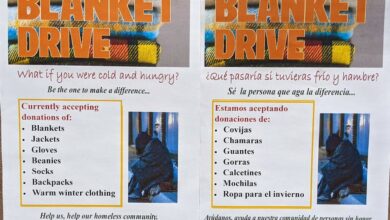 2021 Blanket Drive for our homeless